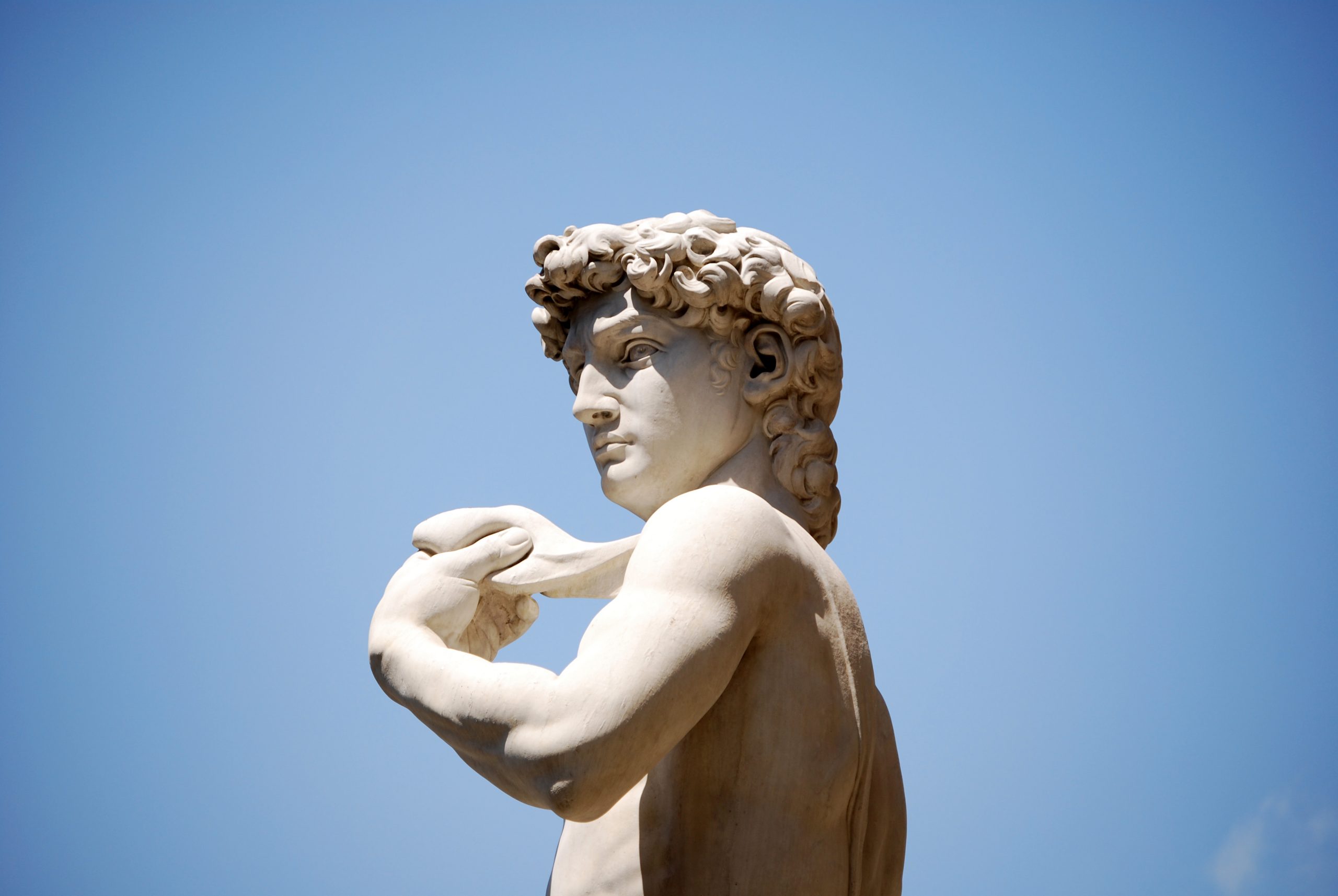 For you see your calling, brethren, that not many wise according to the flesh, not many mighty, not many noble, are called. ?But God has chosen the foolish things of the world to put to shame the wise, and God has chosen the weak things of the world to put to shame the things which are mighty; and the base things of the world and the things which are despised God has chosen, and the things which are not, to bring to nothing the things that are, that no flesh should glory in His presence. (1 Corinthians 1:26-29)
In these days we are feeling more ever what it’s like to be a minority group in an otherwise anti-God culture. If ever there was a generation of Davids confronting Goliath, it is today.
As we look at the story of David, we see that he had a lot of natural talents. When we speak about spiritual gifts, more often than not we are speaking about what we may call ?supernatural additions? to our lives ? God himself giving us an ability to do things that we wouldn’t normally be able to do. They are gifts of the Holy Spirit.
But at the same time we should pause to acknowledge that God has given to us many natural gifts, and at times when these gifts are yielded to God, they can become a blessing. We offer what we have and God does the rest. But the gift of faith is when you have nothing to offer God.
What is your natural gifting? Acknowledge it is from God, wait on it, and develop it before God, and you will be surprised where it will take you. David might have been smaller than his brothers, but he had physical ability. He could deal with a lion that attacked the flock. Alongside that he developed the ability for strategic thinking. Later on in life it led to military prowess, leadership activity, and strength of character.
And I think also that David had an ability to love, to connect with and appreciate others. We read that God gave him beautiful relationships. He had a wonderful relationship with Jonathan, a covenant-type relationship, and so God used him in that way.
It seems that David had an ability, whatever state he found himself in, to be content. As he developed his trust in God we don’t read about him complaining or harbouring bitterness, despite being badly treated.
Maybe you recognise David?s situation and are tempted to be discontented with your life; you feel unrecognised, unappreciated or unacknowledged. You could be a David in waiting. Do not despise where God has placed you, because it may just be a test which God is using to train you for great things to come. God uses every circumstance in your life even – or especially – the negative ones to bring you to the place he wants you to be. David?s days spent diligently looking after the sheep prepared him to face the giant Goliath and later to be king over Israel.
There was a reward offered for the person who could defeat Goliath, and maybe David saw it as an opportunity to get out of his current situation into better position. Certainly something stirred on the inside of him that was not stirring in anybody else, not even King Saul. David was not taking the initiative; it was the Spirit of God that was at work. Remember that when it comes to spiritual gifts, we never initiate anything ? we act in response to God.
It is not you who decides that a miracle is going to happen. So, bold as the gift of faith is, that sudden surge of confidence that God is going to do something miraculous and amazing, which becomes such a confidence within you that it can look like you are the initiator. God is the one in control!
David received an insight; he could see the spiritual reality behind the fleshly experience. And because he was tuned into God, faith was triggered in his heart. He knew that God was going to do something.
When David asked, ?Who is this uncircumcised Philistine??, he was using covenant language. As New Testament believers, we speak about the new covenant in Christ Jesus. In our experience, every supernatural manifestation of God is about extending his kingdom God.
David knew and understood God’s plan, and he lined up with it. Timing is everything. Somehow David understood that this was the moment. In any experience where I’ve seen a miraculous situation, there is something that is hard to explain, but the gift of faith recognises that ?now is the time?. It is not you presuming, it is God showing you. An excitement comes in your spirit, something wells up on the inside of you, and words come out of your mouth that you would never have said.
David reasoned with the logic of faith. The Bible is full of faith logic statements such as ?if God before us who can be against us?. The Lord was with David, so he saw things from God’s perspective and used divine reasoning: nothing is impossible if it lines up with God?s will.
When you reason with the logic of faith, natural logic doesn’t operate. When you move in the gift of faith, at that time, by the spirit of God, you start thinking differently, you start seeing things differently. Everybody looked at Goliath, and said, “He is too big for us to hit.” But David said. “No. He is too big for me to miss!” and fired just one stone.
In this way that despised shepherd boy rose up, and with one shot from his sling did what no member of Israel?s army could do. That’s the potential of when you allow God free reign in your life. He prepares you and develops you, as you surrender your life to him. There will come a moment when God will use you. And when he uses you, giants will fall.