Formed in the Church, sent to the world 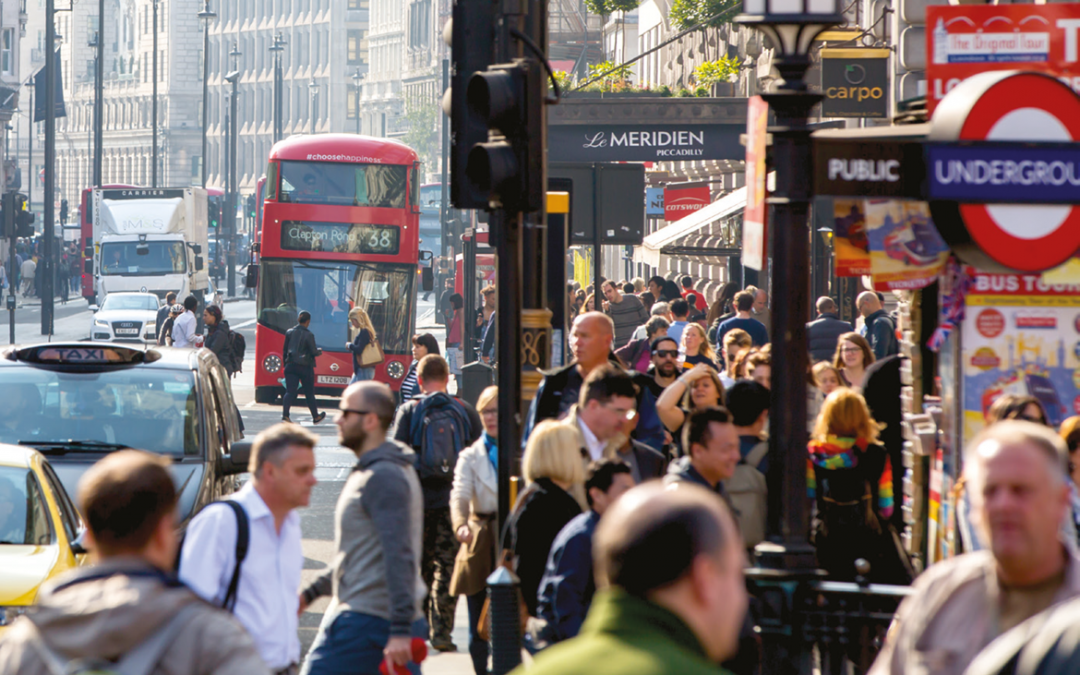 Many Christians consider their day-to-day employment and their Christian discipleship to be independent of each other, but in the kingdom of God, there is no separation between the ?sacred? and ?secular? in our lives. That is why, when asked to name ?great? Christians we often come up with preachers such as Billy Graham. And certainly, these Christian leaders have had an exemplary ministry. But at the same time, many followers of Christ have been called to and are transforming the world through their faithful service in the marketplace.
Many people who know the Queen say that she is a devout Christian, and her faith has been clearly expressed in her actions. Similarly, it is well-known that the Hollywood actor Denzel Washington is a Christian, but did you know that when he was a young man, it was prophesied by a woman in a barbershop that he would preach to millions around the world? And he has done exactly that, not from a church pulpit, but from a sound-stage in Hollywood.

Every calling a holy calling

In 1647, George Fox established the Society of Friends, or the Quakers, and they have been used mightily in the marketplace ? their members founded Amnesty International, Barclays Bank, Bryant and May matchmakers, Cadbury and the Rowntree?s confectionary companies, Huntley & Palmer biscuit makers, Sony and many other companies, charities and organisations.
The Quakers started so many confectionary companies because they were combating the overconsumption of alcohol with hot chocolate. These early Quakers knew they had been called to transform the world, and in the process of following their call they have revolutionised many industries. They Quakers were dissatisfied with the hierarchy of the Church of England, and they rightly saw every believer as a priest and every calling as a holy calling.

When Christians see every calling as a holy calling, it often leads to societal transformation. Most Christians in Britain know the story of William Wilberforce, whom God used to help abolish slavery, but there are many other Christian social reformers that we have nearly forgotten.
At the south-eastern side of Piccadilly Circus stands the Shaftesbury Memorial Fountain, erected in the nineteenth century to commemorate the philanthropic works of Anthony Ashley Cooper, 7th Earl of Shaftesbury (1801-1855), a Victorian politician, philanthropist, social reformer and an evangelical Anglican.
The subject of the fountain is the Greek god Anteros, and it was given the name the Angel of Christian Charity, although it is generally mistaken for his brother Eros. So often our society forgets the Christian roots of its blessings!
The Earl of Shaftesbury was involved in the Factory Act of 1847 that reduced working day for children and women to ten hours. This might sound excessive today, but it was a major improvement of working conditions at the time. And Christians have worked in so many ways to reform our society that it begs the question if the ministry of apostles is just for the church, or also for wider society.

Window of opportunity after Brexit

One of the effects of leaving the European Union is that Britain is now re-visioning and remaking itself as a nation. This has opened a window of opportunity for Christians to shape the character and future of Britain for generations to come. Yet, fearing criticism, some Christians are frightened of putting their head above the parapet. They think that other Christians will ask: How can you be a Christian politician and belong to that party? Or how can you be a Christian politician and not belong to this party?
Queen Esther was raised to a high position in the ancient Persia at a time when the Jews faced a crisis of potential extinction. Her uncle, Mordecai, had to remind her that she had been raised for such a time as that, and that she had a responsibility for the nation.
You are called to the kingdom for such a time as this! What we do in church is important, but don?t forget that the meeting place is the learning place for the marketplace. It is not enough to represent Christ only to one another in church. We must also represent Jesus to the whole world. That is why I always encourage you to get involved in your profession in the fullest possible way.

Formed in the church

Whatever the gift God has given to you, the first place you exercise it is the church. That is where we learn to be followers of Jesus. The problem of the church in the world is that when we are not well-formed as disciples our testimony is weak. We can forget the godly principles of discipleship the moment we exit the KT building!
You can?t serve God effectively in the world, unless you learn to serve him with excellence in the church first. This is because all God?s gifts operate through relationship. If you can?t live for Christ in the church where Jesus is openly confessed, how will you stand for him where people don?t know him or openly disregard any godly principles?
Becoming a disciple happens in our church mainly through the cell groups where you can have a genuine and accountable relationship with other Christians – growing in using your gifting and serving your brothers and sisters will build your character. Christianity is for the whole of life, not just for church services. You are a follower of Jesus 24/7, representing him outside the church building. That is why it is good to start cell groups in our workplaces, so that our colleagues at work can encounter an authentic Christian community, where they can learn that Jesus is relevant for the whole of our lives.

What you do on earth matters. How you conduct your relationships matters. How you live your life at work matters. Your career matters. What you build with your life matters. They are all God?s way of bringing his kingdom on earth and building something everlasting.
If you live selfishly ? thinking only of yourself ? even if you become prominent and famous in doing that, you won?t ever find satisfaction, not until you begin to look for and find out who you are in Christ.
Is knowing God better each day the main purpose of your life? Do you desire to make him known in the world? If you follow his plan, you will find soon find yourself caught up into his story. You will find yourself building something that is eternal, simply because his is the kingdom that cannot be destroyed.
The apostle Peter wrote, ?As each one has received a gift, minister it to one another, as good stewards of the manifold grace of God. If anyone speaks, let him speak as the oracles of God. If anyone ministers, let him do it as with the ability which God supplies, that in all things God may be glorified through Jesus Christ, to whom belong the glory and the dominion forever and ever. Amen.? (1 Peter 4:10-11)
Today, make a decision that whatever your gift is, you will give it to God first, so that in all things God may be glorified!