In May 2015, we celebrate 50 years of KT. It would be equally justified to celebrate 84 years, as the history of KT really started in 1931 – only we were ‘in exile’ from 1943 to 1965.
I believe that Kensington Temple is part of God?s covenant with the early Christians in Kensington. When I see us alongside other significant London churches it?s very clear to me how and why it works. I?m a great believer in the God of the generations ? Abraham, Isaac and Jacob. When Kensington Temple was built, or Horbury Chapel as it was then called, was built, it was built as part of the covenant God made with those people when they dedicated their work to God. It came from their prayer meetings, from the people weeping, the sacrificial offerings that were taken. God had spoken to them. That was a covenant of his faithfulness and we are still living off the fruit of it today.
Here is a link to an article outlining the history of KT.
Below are some pictures from the past of KT. 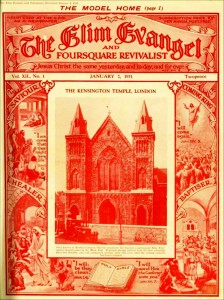 George Jeffreys took over the Horbury Chapel building in 1931, renaming it Kensington Temple. 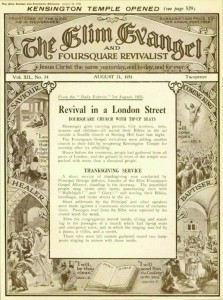 The Elim Evangel wrote about the reopening of the building after renovation in the issue of 21st August 1931. 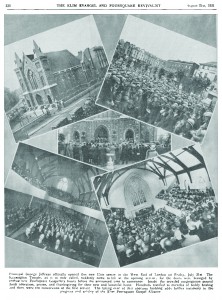 ?The service, which was conducted by Principal George Jeffreys, our beloved leader, was timed to commence at 7.30pm, but hours before that time the crowds began to gather until there as around the building numbering was something like fifteen hundred happy, smiling, and enthusiastic folk waiting to get in for the opening service? Then the congregation moved inside, sitting and standing in the passage of a church which had tip-up seats and emergency exits, and in which the singing was led by a piano, a violin, and a cornet.? 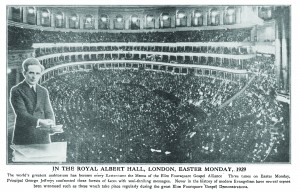 George Jeffreys held meetings at the Royal Albert Hall in the 1920s. 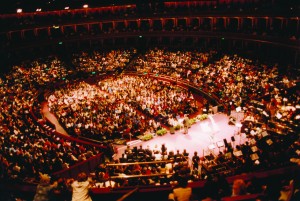 KT returned to the Royal Albert Hall for a Revival Healing Meeting on Easter Monday 1999. 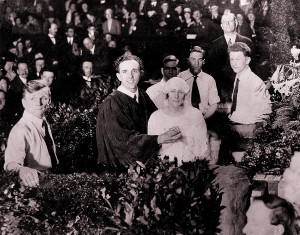 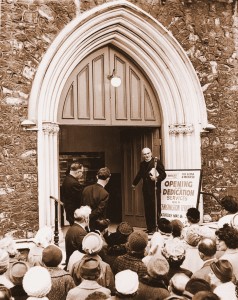 Eldoin Corsie leads the congregation back into Kensington Temple in 1965. 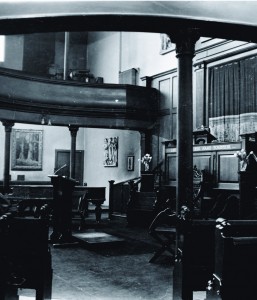 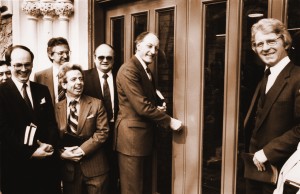 The KT congregation returns after the major renovations in 1982 that created the Lower Hall. 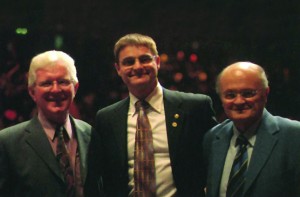