The Lordship of Jesus Christ is one of the most important Christian truths. In fact, your entire life of faith depends on it.

Your faith is empty, and you have no hope of salvation, if Jesus is not the Lord (the ultimate authority in creation, the absolute ruler of the universe), and if he has not proved his Lordship by rising from the dead.

? And you are saved!

The Name above all names

The Bible states that the Father has rewarded Jesus with a special name.

Jesus is the eternal Son of the eternal Father. As the Son, he shares the same divine nature as the Father and the Spirit. Why, then, does the Father give the Son the special name, ?The LORD??

“At the name of Jesus every knee should bow, of those in heaven, and of those on earth, and of those under the earth, and every tongue should confess that Jesus Christ is Lord, to the glory of God the Father.” (Philippians 2:10-11) 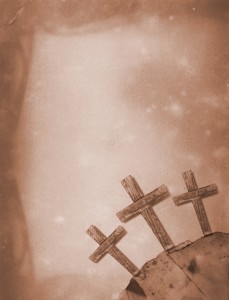 In the beginning, God demonstrated his Lordship by his kingly rule throughout heaven and earth. But Lucifer, a senior angel, defied God?s rule and wanted to replace him. Because of his rebellious ambition, Lucifer became Satan ? the adversary ? and was banished from heaven.

Satan?s rebellion soon spread to earth, as Adam and Eve disobeyed God?s rule. In this way, Satan established an illegal ?kingdom? where he ruled. But his rebel kingdom was doomed from the start, and the merciful Father mounted a mighty rescue mission. He sent the Son to earth to win back all those who were held captive in Satan?s kingdom of sin, sickness, misery, fear and death.

Jesus came and fulfilled the Father?s conditions of right living. Finally, he died as the once-and-for-all substitute sacrifice for the sin of all humanity.

At the cross, God personally paid the full price of all our rebellious disobedience. The Father suffered the infinite grief of love, and the Son endured the Father?s abandonment ? because of our sin.

Having wiped out the handwriting of requirements that was against us … And He has taken it out of the way, having nailed it to the cross. Having disarmed principalities and powers, He made a public spectacle of them, triumphing over them. (Colossians 2:14-15)

Setting the hostages free It was a heroic rescue. Jesus entered Satan?s realm, bound the strong man, and set the captives free.

By his deeds, Jesus was qualified to be the leader of a new, rescued humanity.

He died and rose again to represent us as our risen, triumphant ruler.

It was at this point that God named Jesus as ?LORD?. In effect, the Father handed the executive authority of the universe to the Son.

All authority is now in the Son?s hands.

This means that Jesus is Lord and that Satan is defeated, disarmed and driven out ? all by Christ?s victory. And, today, the Lord Jesus rules and reigns from heaven?s high throne ? the executive seat of the universe – at the right hand of the Father.

Being the brightness of His glory and the image of His person, and upholding all things by the Word of His power, when He had purged our sins, sat down at the right hand of the Majesty on high. (Hebrews 1:3)

Jesus? Lordship is not something to consider just as some kind of theological statement. Instead, it?s a cause for tremendous praise! It means that the battle is over. The kingdom of God has triumphed!

Jesus? Lordship calls for your total surrender and absolute obedience. How can we call him ?Lord? unless we obey him and submit to his authority?

Wonderfully, this authority has now become your authority. You are called to go in Jesus? name and to do the works of his kingdom. He said ?Go into all the world, and preach the gospel. Heal the sick and raise the dead!? This is your mission!

As you submit to Jesus? Lordship in your life, his authority will become evident through your life. This is how you can clearly demonstrate God?s kingdom throughout your part of the world.

I confess and declare that Jesus Christ is Lord of lords, and I glorify him as my God and my King. He reigns supreme over all things, and I willingly submit to his authority and power.

Jesus is my head, and the only sovereign Lord of my life. I have no other god but him, and I yield to no other power than his.

Jesus is Lord over my spirit, and no other spirit can lord it over me.

I surrender every thought, every word, and every deed, to the Lordship of Jesus. I acknowledge that all my circumstances are under his sovereign control. Nothing can ever happen to me without his permission.

I take the name of Jesus as my authority over my world. In the? mighty name of Jesus, I stand firm against every opposing spirit.

I now fill my mouth with bold praise, and I loudly confess the Lordship of Jesus.

The resurrected Lord of glory is with me at all times, and I shall never be moved. Praise his holy name!