There are many reasons why revival fires go out but the principle reason is what the Bible calls ?the flesh?. What begins as a move of God can end up under human control as men and women step in and interfere with the work of the Spirit. 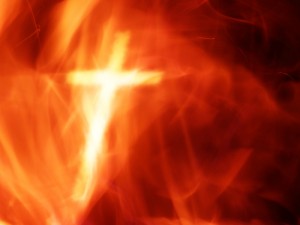 The assertion of human personality always grieves the Holy Spirit and causes Him to withdraw. Pride and ambition creep in as people try to jockey for position or prominence. They begin to think that the revival belongs to them or is because of them. This leads to the inevitable factions and divisions that James describes.
??if you have bitter envy and self-seeking in your hearts, do not boast and lie against the truth. This wisdom does not descend from above, but is earthly, sensual, demonic. For where envy and self-seeking exist, confusion and every evil thing are there.? James 3:14-16
As soon as God begins to work and reveal His glory, it seems that there is a fleshly competition between those who want to claim it for themselves. Some charismatic leader tries to take control and claim preeminence over another leader, church or denomination. Spiritual pride enters in as those ?in the revival? look down on those outside it. Jealously begins to raise its head against those who are being used greatly or being blessed abundantly, and the revival is attacked. Criticism, it is said, is the mud that envy throws at success.
The issue of how you keep the revival fires burning is a real one. The Welsh Revival of 1904 peaked for few months, and began to die down after one year. The Revival in the Hebrides flourished for a mere three years from 1949-52. The Ulster Revival of 1859 lasted but one year. The question is: how can we maintain what we attain, and keep the fire burning?
David Yonggi Cho believes the principle thing is prayer. In his book, Prayer: Key to Revival, he says, ?Once continuous and fervent prayer is forgotten, the impetus of the revival is lost and all that is left is the momentum of the past.?
Prayer has to be a vital key. And holiness is another important ingredient. Sin is bound to stop revival in its tracks. Why was the penalty so heavy for Ananias and Sapphira?
They lied to the Holy Spirit saying they had given all the money raised on the sale of their property to the Apostles, whereas in fact they hadn?t done so. They paid for that deceit with their lives. The Holy Spirit killed them on the spot. Why was He so severe? Because their sin was in danger of stopping the revival in Jerusalem. If you want God to stick around, things have to change. He won?t hang out where there is unchecked, unrepented sin.
It is said that one of the great failures of the Welsh Revival was it lacked the fuel of God?s Word. There was no teaching and proper godly direction of the revival. Extremism crept in as, lacking direction, people did their own thing, not subject to spiritual leadership.
All these things have their part to play in dimming the fires of revival. But what can we do to make sure that we are ready not only to move into revival but also to stay there? How can we learn to be ready not only to receive the fire of God but to fuel it and keep it burning until Jesus returns?
Paul issued the call of God to backslidden believers,
?Awake, you who sleep, arise from the dead, and Christ will give you light.? Ephesians 5:14

How easy it is to let spiritual things slip away from you. Think about everything that God has ever shown you, taught you or told you to do. Think about the moments when He came close to you to reveal something of Himself and to impart some significant gift to you. Have you retained all these things? Are they still in your heart? Have you continued to walk in them?

Once an international minister came to London to lead a conference about walking in the presence and power of the Holy Spirit. The impact of the conference was noticeable especially among the young people of the church. For weeks afterwards they were on fire for the Lord, praying, moving out in spiritual gifts and making Christ central in their lives.

But gradually, the effects of the conference began to wear off and the zeal of these young people began to die down. A year later the minister returned for a follow up conference and the fires were lit again. God doesn?t want us to have this ?up and down? spiritual experience. He wants us to maintain what we attain. It?s only as we learn to keep the fire burning that the revival influence of the Holy Spirit can gather momentum and begin to impact our churches and our community for Christ.