When I read the Scriptures, it is plain to me that they reveal our God as being deeply involved with the healing and wholeness of all His children. The Old Testament presents Yahweh Rapha, the living God of Israel, as a God who is concerned about the basic hygiene and nutrition of His people, who binds up their broken hearts, who comforts and counsels them, and who heals them of their diseases. 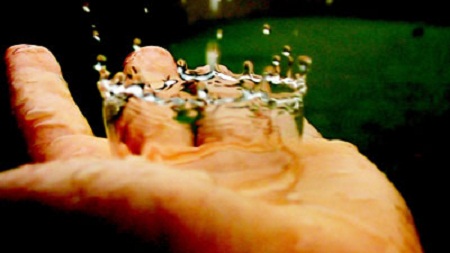 This is the first time that the Bible mentions a prophet, and the events of Genesis 20 establish the scriptural link between prophetic activity, intercession and miraculous healing.

I doubt whether the healing miracles recorded in the Bible are the totality of miracles which occurred in those days, just as the stories I have included in this book are only a tiny selection from my experience. Instead, I suspect that the scriptural examples have been preserved for us in the Word by the Spirit because they illustrate important principles about the way in which the Father heals.

The first scriptural healing incident, in Genesis 20, describes the cure of Abimelech and all the women of his household from impotence and barrenness. As the first specific example of a healing miracle, it lays down many principles which are repeated throughout the Bible. Abraham was God?s partner in this healing and, in verse 7, he is identified by God as a prophet.

This is the first time that the Bible mentions a prophet, and the events of Genesis 20 establish the scriptural link between prophetic activity, intercession and miraculous healing. This link runs throughout the Bible and continues through Church history to today. I cannot overstate how important it is that we grasp this link ? it is fundamental to the Church?s healing ministry.

Prophets were the intercessors, healers and miracle-workers of the Old Testament. Only they, by virtue of their special anointing with God?s Spirit, had the right of access to God?s face which was essential for these activities. It seems to me that contemporary Christian leaders and believers drift into a variety of well-meaning but mistaken ideas when they miss the critical relationship between prophetic anointing and prophetic activity ? between an anointing with the Spirit and interceding with God, hearing God?s thoughts and powerfully passing on His words and His healing.

As well as recognising Abraham?s prophetic anointing, it is also important for us to appreciate his sinfulness. God answered Abraham?s prayers and used him in healing even though he had been attempting to deceive Abimelech out of fear for his own life. I find this foundational healing miracle so encouraging because it shows that our gracious God does not demand perfect partners, but works with and through flawed, fearful people who love and serve Him.

I think that we must also appreciate the significance of Abimelech and his household to the story. The first person in the Scriptures to benefit from a healing miracle was not one of God?s favourite children, it was a pagan king – one of the first rulers of the Philistines, who came to symbolise the enemies of God?s people. This story establishes that healing is part of the interaction between God?s anointed servants and people who do not serve and follow God. We could say that this miracle is set in an essentially evangelistic context.

Genesis 20 also suggests the idea that sickness may be allowed by God as some sort of curse or punishment, but that, through prophetic intercession, God will revoke His action. (We will consider this idea in more detail in chapter eleven). For Abimelech, the healing would be a sign pointing to the more important fact that he was forgiven by God.

We cannot know the timescale involved in this healing, but several months must have passed before Abimelech had convincing proof that all the members of his household had been cured. The actual miracle could have been instant and complete, but Abimelech?s appreciation of the healing must have been gradual.

It is also instructive that the first biblical report of miraculous healing involves the person who is consistently identified by the Scriptures as the great symbol of saving faith. Most evangelical and Pentecostal believers are used to referring to Abraham when they think about the place of faith in salvation. Genesis 20 shows that we should also remember his faith when we think about healing.

According to the Scriptures, Abraham received by faith the covenant from God about a year before his encounter with Abimelech. We should note that when God gave Abraham the covenant, he also gave him a sign to confirm His Word ? the promise of a child, which would involve the healing of Sarah?s infertility. This suggests three ideas: first, that the Bible lays down a link between salvation and healing; second, that healing miracles are divine signs given to reassure and encourage us that God?s Word is true and reliable; and third, that God is concerned for His covenant people to receive healing from Him.

This sign, however, did not materialise immediately. Sarah was still not pregnant a year later when she met Abimelech, but this did not prevent Abraham from faithfully praying to God for Abimelech?s household to be healed of infertility. I have found that God often calls His partners to pray for a particular type of healing in others which they yearn for themselves, but have not experienced ? even though God may have clearly promised to bring the healing about. It is interesting to see that the Scriptures record that Sarah became pregnant immediately after the members of Abimelech?s household were healed by God through Abraham?s prophetic prayers.