China’s Christians felt a noticeable rise in persecution in 2012 as the Communist government began the first of a three-phase plan to eradicate unregistered house churches, a new report says. 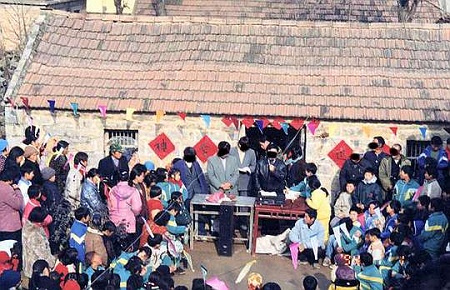 A house church in China- their existence is threatened.

Cases of persecution of Christians rose by about 42 percent last year compared with 2011, according to the report by human rights group China Aid. With the number of persecuted Christians rising by roughly 14 percent and detentions by nearly 12 percent, overall persecution was about 13 percent worse than in 2011 ? though China Aid termed its statistics just “the tip of the iceberg.”
At least 132 cases of persecution affecting 4,919 Christians ? 442 of whom were clergy ? were reported in the country last year, according to China Aid’s annual report. The Texas-based group tracked detention of at least 1,441 Christians, the sentencing of nine of them, and the abuse ? verbal, mental and physical, including beatings and torture ? of 37 Christians.