Aimee Semple McPherson, while heading to the Holy Land, gives a word on prohibition. Aimee Semple McPherson (October 9, 1890 September 27, 1944), also known as “Sister Aimee” or “Sister,” was a Canadian-born evangelist and media sensation in the 1920s and 1930s; she was also the founder of the International Church of the Foursquare Gospel and Angelus Temple in Los Angeles. Sister Aimee spent several years, from 1918 to 1922 as an itinerant Pentecostal preacher. 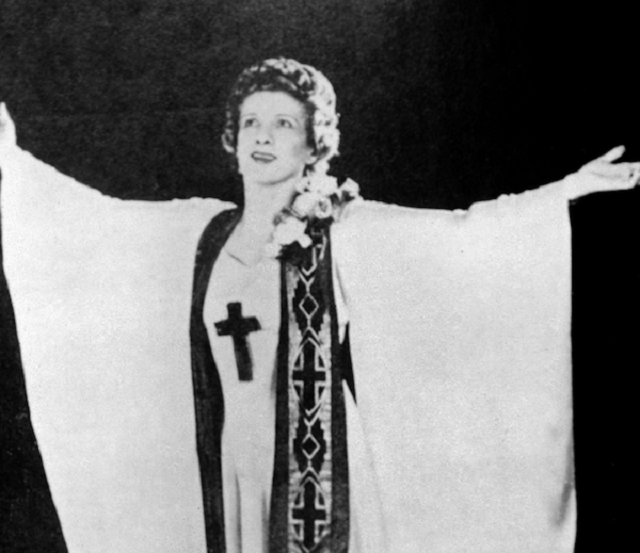