Looking into Jesus' teaching on the Kingdom of God 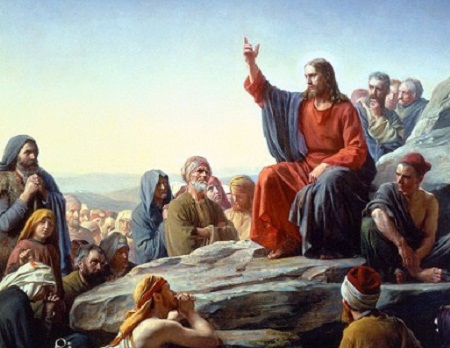 The kingdom of God – or the kingdom of heaven – is the main theme of Jesus. He teaches far more about it than any other topic.

WHAT IS THE KINGDOM?

The Greek word for kingdom, basileia, is derived from basileus – which means king. Basileia means sovereignty, royal power, dominion, kingly authority – the activity of ruling. It does not mean the country or people ruled by a king.

When we think about “kingdom’ in English today, we tend to mean a country or nation. But basileia means “God’s reign’ rather than “God’s realm’. It describes an activity of God, rather than a nation or a place. It turns our attention away from ourselves and towards him.

In an attempt to reflect this important truth and avoid any misunderstanding, we should think of “the Kingdom of God’ and “the Rule of God’ rather than.

The idea of a ruling activity is especially clear in the New Testament in Matthew 6:10; Luke 11:2 & 19:11-15- where the coming of the kingdom is linked with the doing of God’s will.

There is a sense in which God’s kingdom or rule is both present and future in the Old Testament. God is presented as the present, ultimate ruler of men and women, but – in passages like Isaiah 24:23 – the prophets also looked forward to a time when it would be evident that God visibly ruled among his people.

By the time of Jesus, there was a widespread hope and expectation among Jews that God would decisively intervene, liberate them from their enemies and restore their fortunes. They believed that the Messiah – another David – would come and prepare the way for the visible kingdom or ruling of God among them.

Some Jews expected another leader who would be an even greater earthly ruler then King David. Others looked forward to a heavenly kingdom and the emergence of “the Son of Man’ as foretold in Daniel 7. Most people probably had no clear idea what the kingdom would be like: they simply hoped and believed that it would soon be present.

Matthew 3:2 records John the Baptist’s first announcement that God’s kingdom was close at hand. It is hard for us to realise how sensational this announcement would have been at that time. John’s message would have had massive significance as the Jews expected that the coming of the kingdom of God would be the turning point of history. They were right. It was. But the kingdom did not take the form that they expected.

The Jewish religious leaders were right to believe that the arrival of the kingdom meant God would no longer reign from a distance. But they failed to grasp this meant that he would not continue to rule through blanket rules – through the Law. Instead, God’s coming in person to establish his kingdom meant that he now ruled personally – through the Son and the Spirit.

They were also correct in their belief that the kingdom would rout their enemy, but – sadly – they had mistaken their real enemy.

They were also right to believe that the kingdom would reach all round the earth. However, they were wrong to think that this would happen immediately or by force. In Christ, God had not come to impose his rule on all people, merely to rule those who would willingly accept his reign.

Matthew 3:1-12 and Luke 3:7-20 show how John the Baptist taught that the coming kingdom or rule of God would:

Jesus began his ministry by announcing in Mark 1:14-15 that the time had come and the kingdom of God was at hand. This must mean that some great event was about to take place.

In Matthew 12:28 and Luke 11:20, Jesus repeats his claim that the kingdom has come and evidences this by casting out demons. This authority over evil spirits shows both that the kingdom of heaven has broken into the rule of the evil one, and also that the true king rules more effectively.

When Jesus sent the 72 disciples out to preach, in Luke 10:1-20, they announced the arrival of the kingdom: as a result, “Satan fell like lightning from heaven’. All Jesus’ miraculous activity proves that the kingdom has come.

When John the Baptist began to doubt whether Jesus was the One he had been sent to announce, he sent his disciples to search out the answer. Matthew 11:2-5 & Luke 7:18-23 describes what convinced them that Jesus was the One who was ushering in the kingdom.

In teaching that the kingdom had arrived, had come, had begun, was among people and was a present reality, Jesus also taught – in Matthew 11:11-12; Luke 7:28 & 16:16 – that some violence was associated with the arrival of the kingdom.

This does not mean that the kingdom was being established by physical violence. Rather, Jesus was pointing out the hostility of the world to the kingdom. John had already suffered and been imprisoned, and Jesus was warning those who would accept his rule that they must expect hostility – not just in the future, but also in the present.

Jesus’ prayer in Matthew 6:10 is also both present and future. If the kingdom had fully come, we would not need to pray for it to come.

As we study and examine God’s rule, we must always keep these two elements in mind. The kingdom is both “now’ and “not yet’. We can experience God’s rule now but we also look forward to knowing it in the future. There is much for us now, but there is more still to come.

Too many believers focus on either the present or the future. Some are pre-occupied with serving God on earth, yet lack the hope and joy which comes from looking to the coming kingdom. Others are so pre-occupied with “the last day’ that they do not establish the kingdom around them on earth. A true understanding and application of the kingdom embraces both the present and the future – as Christ did.