In 1998 a prophecy was spoken over Kensington Temple by Canon James Wong from Singapore which said that in order for this church to fulfil what God has for us we need to become the most effective disciple-making centre in London. 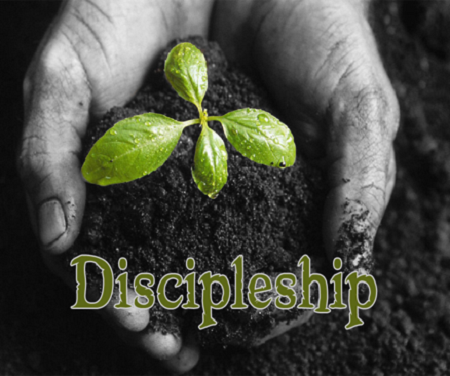 For many, the church in Antioch, described in Act 11 is the model upon which Kensington Temple is built for there are many features of Antioch that describe what God is doing in Kensington Temple. Antioch was a breakthrough church. It was the first multiracial, multiethnic church, exercised the fivefold ministry; they were given to prayer, fasting and worship, and obedient to the Holy Spirit, sending their best people as missionaries to resource the Lord’s work.

There is one characteristic of the Antioch church that we still need to achieve, which is true discipleship. Kensington Temple has one of the most effective discipling strategies in the world in the cell vision and we are, indeed, finding that people today are more discipled, trained and mobilised than ever before – but we do not yet eat, live and breathe discipleship. The Sunday services are still the major focus for many people. Yet, we are called to be disciples throughout the whole week – the church is not the church because we meet; we meet on Sunday because we are the church!
There is a prophetic urgency in my spirit because I know that there is only one hope for Britain and that is the discipling of the nation. Antioch was a discipling church. In Acts 11:26 we read that the disciples were first called ‘Christians’ in Antioch. The term ‘Christian’ was not used for the very first believers; instead they were called ‘those on the way’, ‘followers of the way’, ‘followers of Jesus’ and ‘disciples’ – because as soon as somebody committed to Christ they were discipled.
There are two great questions that we find being asked in the New Testament. The first is asked in Acts 16 when the Philippian jailer, impressed when he sees what is clearly a miracle from God and concerned that he is going to be executed because Paul and the other prisoners have escaped, asks in verse 30: “What must I do to be saved?” He understood the Gospel message and asked the most important question of all. Paul responds, “Believe on the Lord Jesus Christ and you shall be saved.” Salvation comes through putting your faith in the death and resurrection of Jesus. We are saved by faith, and faith alone.
The second most important question is asked in Mark chapter 10 by the rich young ruler who, having carefully obeyed the Law of Moses asked a different question, “What shall I do that I may inherit eternal life?” He is not asking about salvation; what the young man wanted to know is, “How can I get everything God has for me?”When you get saved you gain entrance into heaven, the promise of eternal life, but not a guarantee that you will get everything that God has for you. There is a question that confronts every believer – how much of God do you want? It seems that Christians today are content that they have a ticket to heaven and do not accept that it is only the beginning! Jesus challenged the rich young man on the call to discipleship. So, if the question is, “What must I do to get everything God has for me?” the answer is, “It is going to cost you everything!” That is true discipleship.

Imitating the life of Jesus

In Acts 11 we read of relatively new believers leading others to Christ but being unable to look after them.What are they going to do? The church in Jerusalem sent Barnabas and Paul who, together, gathered the church – in fields, marketplaces and homes – and took them through what we would call the ‘consolidation’ process in Kensington Temple. For us, this consists of new believers’ Bible studies, a weekend ‘encounter’ with God, the Living Free course – and then leadership training. Acts 11:26 tells us that for a whole year Paul and Barnabas assembled with the church and taught them.When we hear that we think of classroom education. But when in the Bible we read of Jesus being called ‘teacher’ (or rabbi) it means that he discipled people, lived with them. He modelled the kingdom of God and he shaped their lives. The teaching ministry is the discipling ministry and for a whole year this is what Paul and Barnabas did and by the end of that time the new converts had been shaped and discipled – they had become like Jesus, having the Spirit of God in them. The discipleship ministry today is doing exactly the same – it is taking lives and forming and shaping in them the character, nature, knowledge and deeds of Christ in mission, ministry and morality.
In Antioch the disciples had become so like Christ that they were called ‘Christians’. This was actually intended as an insult but was one which the believers were happy to receive. But how things have changed! The disciples were first called Christians at Antioch but I would love for it to be recorded somewhere that the Christians were first called disciples at Kensington Temple. In that day all new believers were discipled and were called Christians; today we have many Christians but few disciples. If the most important question is, “What must I do to be saved?” then undoubtedly the second is, “What must I do to get everything God has for me?” Have you asked the first question? And the second?

But we should seek to move beyond being just a disciple ourselves to becoming a discipler of others. An undiscipled church is a scandal. It is a church where people who call themselves Christians but do not follow the Lord in reality, where people are more concerned about their pleasures and comforts, and pursue the more palatable aspects of the gospel like health, wealth, prosperity and happiness but leave holiness for some other time. An undiscipled church is truly appalling.
We need a revolution! In Paul’s day the name of God was blasphemed among the nations because the Jews were not disciples of God. They preached one thing and did something else – and today the main criticism that the world legitimately levels against the church is that we teach one thing and do something else. There is a way to be a true follower of Christ in the 21st century. It is not easy but it is certainly not any harder than it was in the 1st century! It is time to hear afresh the word of Jesus, “Whoever desires me, whoever wants what I have, whoever wants me to be all that I can be for you, it is going to cost you everything. Take up your cross and die daily and follow me.” It is not an easy call but we remember the message of Easter and know that, after the cross comes the resurrection; after the agony, the suffering and selfdenial comes the fullness and satisfaction of walking in resurrection life and power.
I call upon you to hear the voice of the Spirit for time is short. Our nation is in desperate need and its survival depends on the church rising up and becoming a church of true disciples.