A UKIP by-election candidate has been called on to apologise after saying gay people should not be allowed to adopt. 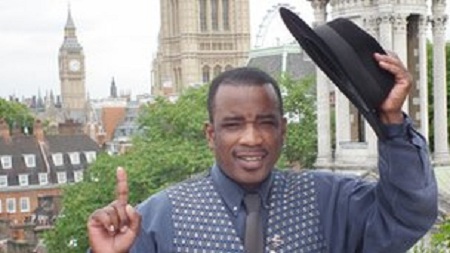 Winston McKenzie, UKIP candidate for Thursday’s Croydon North by-election, told a local reporter placing children with same-sex couples was “unhealthy”.
His comments, which he said were linked to his Christian views, have been criticised by a number of his competitors for the south London seat. UKIP said the party wholeheartedly supported equal rights for gay couples.
Mr McKenzie, who described himself as a deeply religious Christian and is UKIP’s Commonwealth spokesman, also said he did not advocate gay marriage during the interview. He told BBC London he had nothing against gay people but the comments, which he stood by, were his honest, Christian views.
UKIP says it supports civil partnerships but opposes plans to legislate for same-sex marriage.
It comes after a couple had three foster children removed from their care by Rotherham Borough Council because they belong to UKIP.
Andy Stranack, the Conservative candidate in the Croydon North by-election, said in a statement: “Children benefit from having a male and female role model in their life but with over 60,000 children currently in the care system the most important factor is finding these children a caring and nurturing environment to be bought up in.” (Source BBC news)

The marriage covenant necessarily entails two people of the opposite sex being ?joined together? and becoming ?one flesh? in the context of sexual intimacy ? which God has only ever sanctioned and blessed within the confines of marriage. No other relationship can be a substitute for that.The capacity of the gospel preached and received in the power of the Holy Spirit to change society is evident from Luke 10:17-20. When Jesus? disciples brought their reports back to him after having preached the gospel with signs and wonders Jesus testified, ?I saw Satan fall from like lightning from heaven?. The very spiritual atmosphere was changed.We are seeing the same thing begin to happen in the UK. As God mobilises his gospel army, and brings in a new outpouring of signs and wonders, Satan?s powers are pushed back and the atmosphere is cleansed. Marvellous things can begin to happen. A nation can be changed by the gospel ? people?s lives turned around, families restored and institutions renewed. Brothers sisters continue to pray for our nations.

What are your views on this? Should we place children in families regardless of the sexual orientation of the foster parents or should we in all cases ensure that they will be brought up in a heterosexual environment? I would like to hear from you. Please leave your comments below.