The suppression of truth is everywhere, and this points to the need to shine the truth into the darkness, dispelling the gloom. 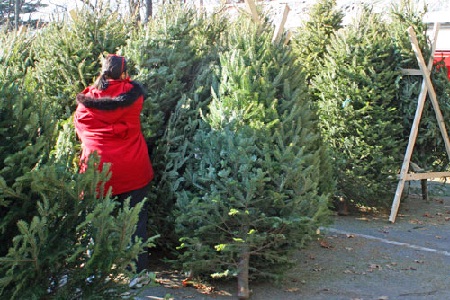 School officials at a community college in western North Carolina replaced the word “Christmas” with “holiday” in a student club’s announcement of a Christmas tree sale aimed at raising funds for charity, says a religious freedom law group. “We cannot market your trees in association solely with a Christian event,” a college official told the club, according to Alliance Defending Freedom.
Lawyers from ADF responded by sending a letter to Western Piedmont Community College pointing out that it had violated the constitutional rights of the club.
“It’s ridiculous that anyone would have to think twice about using the word ‘Christmas’ as part of a Christmas tree sale,” said Legal Counsel Matt Sharp. “Not only is it perfectly constitutional to use the word ‘Christmas,’ it is unconstitutional to prohibit use of it. This is another perfect example of the immense misunderstanding that far too many college officials have about what the First Amendment truly requires.”

Christmas, despite prolonged attempts by local and national government, is still a national Christian festival. The world loves it ? not always for the right reasons! But we have the true reason for the season ? God?s Reason, his Divine Logos. Let this Reason live in you, at Christmas and throughout the whole year to come. Let him think, speak and act through you. Then the world may begin to realise that Grace has truly come to the world, and his name is Jesus, the Word of God. He is the Reason behind the Season.