Her name was Amanda Todd…

Tributes from across the world are being paid to a 15-year-old girl from Canada who killed herself after being bullied online. 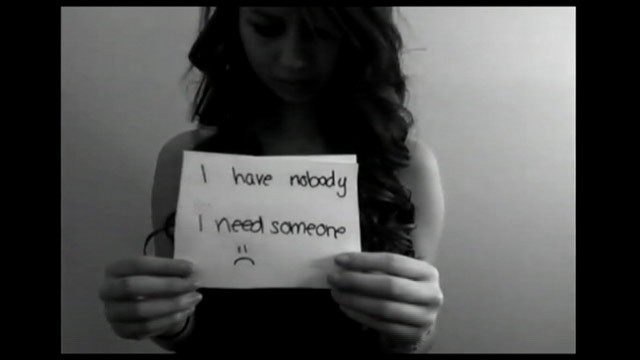 Tributes from across the world are being paid to a 15-year-old girl from Canada who killed herself after being bullied online. Her name was Amanda Todd.

A memorial for Amanda Todd was held overnight in British Columbia, five days after she was found dead. It comes just five weeks after she uploaded a video to YouTube describing years of bullying that drove her to drugs and alcohol.
In the nine minute video she told her story with a set of handwritten notes. The recording, described as “haunting”, showed the cheerleader going into detail about what happened to her.
She said she was persuaded to expose her breasts to a stranger who then sent the photo to her school friends.
‘I need someone’
These images were then used to torment her on social media, she adds. The teenager changed schools repeatedly but this did not stop the bullying and she was physically attacked by classmates.


After a violent encounter with another girl, she wrote that she went home and drank bleach. “It killed me inside and I thought I actually was going to die.”
The last card on the YouTube video reads: “I have nobody. I need someone. My name is Amanda Todd.”


Deeply troubling. Her last words; “I have nobody…I need someone.” We can’t help but thinking that this tragedy could have been avoided. Brothers, sisters, pray for those around you and love them. This world is hurting. Many feel unloved and lonely..tell them that Jesus loves them and show them His love…

“Always be prepared to give an answer to everyone who asks you to give the reason for the hope that you have. But do this with gentleness and respect” 1Peter 3.15