I believe that Yahweh, the living God of Israel, has been a healing God throughout the whole of human history ? that He is still the great physician today and He will be my full and perfect healer at the last day of resurrection. This deep, abiding, personal belief is based on both revelation and observation, on what I read in the Bible and on what I regularly see in many places around the world. 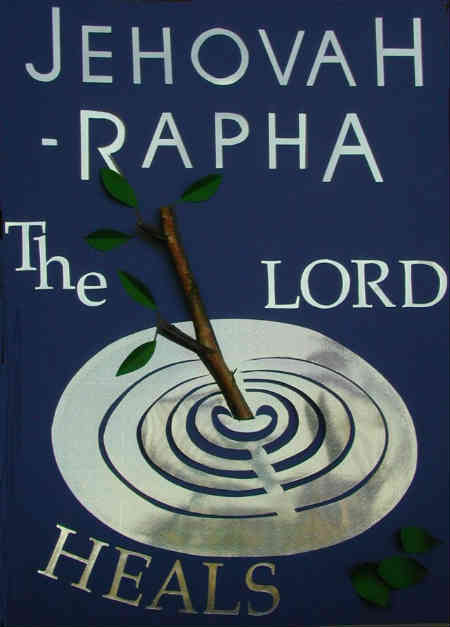 Jehovah Rapha The Lord Who Heals

In Exodus 15:26, God personally identified and introduced Himself to the people of Israel as Yahweh Rapha, the Lord who heals you. This divine revelation came at a critical time for the Jews as God had just liberated them from slavery in Egypt and helped them to cross the Red Sea. Just three days later, when they were facing their first test and their first doubts in the wilderness, God revealed His healing name and nature to them.
Exodus 15:22-27 is a pivotal passage for it records the first law and the first promise that God gave to Israel after leaving Egypt. In many ways, the revelation of God as healer is the introduction to all the detailed rules of the Mosaic Law and establishes the therapeutic principle behind all the regulations which follow.
Luke 4:16-20 reports a similar divine revelation at the beginning of Jesus? ministry. Immediately after He had passed through the waters of baptism and survived His encounter in the wilderness with the enemy, He also personally introduced Himself to Israel as the one who was ?sent to heal?.
Everything that follows, in both the Old and the New Testaments, is built upon these two revelations: that healing is fundamental to the nature of the Father and the Son and that it lies at the heart of their dealings with their people. God is revealed as a healer right through the Scriptures from Abimelech to Eutychus, from Genesis to Acts and on into the days foreseen in the book of Revelation. Even without the considerable testimony of believers today and through the ages, the weight of scriptural evidence is enough to convince me that the God I love and serve is the great healer.
Yet, nearly every Sunday, I also see convincing proof in my London congregation that God is still Yahweh Rapha today. A thick pile of testimonies lies on my desk which vividly describes how God has brought some degree of healing to a large number of our members in the last few years. Seeing all this, it seems eminently reasonable for me to conclude that our healing God can be relied upon to carry on healing in and through His people right up to the day of resurrection.