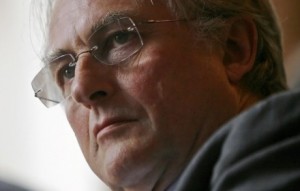 World-renowned atheist Richard Dawkins says he supports the mission of England’s Department for?Education?to make sure every public school in the nation has a copy of the 1611 translation of the?King James Bible.

“A native speaker of English who has never read a word of the King James Bible is verging on the barbarian,” said Dawkins in a column he wrote for The Guardian.
The author and evolutionary biologist even went as far as to say he would have donated to the cause had he been given the opportunity to do so.
The?books?are being distributed to the schools in celebration of the translation’s 400th anniversary. The plan is being spearheaded by education secretary Michael Gove, who wrote the letter that is being included with each of the Bibles. While some have enthusiastically supported Gove’s goal, others say it is unfair to people who hold to beliefs other than Christianity.
“This is not simply another piece of literature, it is the holy scripture of one particular religion,” Terry Sanderson, president of the National Secular Society, said in a statement. “Is it really the job of the Government to be promoting one particular religion in schools that are increasingly multi-faith?”
But Dawkins is backing the distribution plan, albeit with an “ulterior motive.”
“I have an ulterior motive for wishing to contribute to Gove’s scheme,” he wrote. “People who do not know the Bible well have been gulled into thinking it is a good guide to morality … I have even heard the cynically misanthropic opinion that, without the Bible as a moral compass, people would have no restraint against murder, theft and mayhem. The surest way to disabuse yourself of this pernicious falsehood is to read the Bible itself.”
He shared a study conducted by The Richard Dawkins Foundation for Reason and?Science?in which only 35 percent of self-identified British Christians accurately identified Matthew as the first book of the New Testament. Among those surveyed, 39 percent said they “don’t know” which book is comes first.
He noted that many of the bloody events and wars in English history were the result of religious clashes, and argued that if people would read the Bible they would not see it as a moral guide.
source

In spring 2005, controversy over how to deal with Intelligent Design broke out in the pages of Nature, the world’s leading science journal, based in London. On April 28th its editorial urged scientists to engage with Intelligent Design, and “point to options other than intelligent design for reconciling science and belief” in science classes. The issue, which devoted its front cover to the debate over evolution, also had news articles on ID clubs in American universities.

On May 19th, leading evolutionists including Richard Dawkins, Steve Jones, Lewis Wolpert and Peter Atkins responded with a letter in Nature maintaining that the editor’s “…suggestion is misguided: the science classroom is the wrong place to teach students how to reconcile science and religion. For one thing, many scientists deem such a reconciliation impossible because faith and science are two mutually exclusive ways of looking at the world… students who cannot handle scientific challenges to their faith should seek guidance from a theologian, not a scientist.”

This generated the following response from a Princeton physicist: “They take the naive viewpoint that religious and scientific thought must be in conflict. That is not the only, in fact not even (historically) the most prevalent, mode of addressing these two important subjects. Most of the founding fathers of western science had no difficulty reconciling their religious beliefs with their scientific pursuits. In fact, the latter grew out of the former.”

In February 2005, the subject of ID was raised in the House of Lords. Lord Pearson asked Lord Filkin, Parliamentary Under-Secretary of State for the Department of Education and Skills “whether the scientific theory of Intelligent Design could be taught in UK schools.” Lord Filkin replied:

“In all aspects of the science curriculum, we encourage pupils to consider different ideas and beliefs, and how scientific controversies can arise from different ways of interpreting evidence. Intelligent Design theory is not part of the National Curriculum. The National Curriculum for science states that students must learn that the fossil record is evidence for evolution and how variation and selection may lead to evolution or extinction. Intelligent Design theory could be discussed in schools, but only in the context of being one of a range of views on evolution that students might consider and evaluate against the evidence.”

Steve Jones’ comments contrasted with those of Terence Kealey, biochemist and Vice-Chancellor of Buckingham University who wrote an article for The Times: “What is…Intelligent Design?” Though he dismissed the theory of ID as “transparently absurd”, he wrote: “I have no objection to ID being taught in schools as long as Darwinism gets equal time”. (December 18th, 2004).

In June 2005 Focus magazine published results of an online poll where 35% of voters said that creationism should be taught alongside evolution in our schools.

The end of 2004 saw the publication of Dawkin’s God (a devastating critique of Richard Dawkin’s atheism) by Alister McGrath, Professor of Historical Theology at Oxford University.

Richard Dawkins hit the headlines on January 5th 2005 for declaring “faith” in Darwin. When asked: “What do you believe is true even though you cannot prove it?” he replied, “I believe but I cannot prove that all life, all intelligence, all creativity and all “design’ anywhere in the universe is the direct or indirect product of Darwinian natural selection”.

Prof Dawkins twice stepped into the ID debate, once in The Times, with an article “Creationism: God’s gift to the ignorant’ (May 21st 2005), and in The Guardian “One side can be wrong’ (September 1st 2005). “The seductive “let’s teach the controversy’ language still conveys the false, and highly pernicious idea that there really are two sides.” He claims than acceptance of this idea “would be the end of science education in America”.

Anthony Latham, a Scottish doctor, published a book length critique of Darwinism titled The Naked Emperor which includes a rebuttal of Dawkin’s work The Blind Watchmaker.

Dawkins’ faith position on the matter of natural selection was made clear in a BBC 2 documentary by Jonathan Miller screened in November 2005. Miller was discussing natural selection as the evolutionary mechanism and questioned Dawkins on the evolution of the feather. Dawkins made the point that all mutations that led to the formation of the feather would have to have been advantageous. If we couldn’t think of what these series of advantages could be it would not be a problem to the theory as the theory of natural selection is so coherent and powerful in itself. He admitted that this was “a matter of faith’ on his part. A telling admission indeed!

Events in the USA

Much media coverage of ID in the UK concerned events in the USA. In May, a school district in Cobb County, GA, was ordered by a judge to remove stickers stating that “evolution is a theory, not a fact” from its science textbooks. In November, the Kansas State Board of Education adopted teaching standards that support ID.

Most attention went to the small town of Dover in Pennsylvania, were a court case was held to determine whether or not ID could be taught in science lessons. This was mentioned in most newspapers at least once, and featured on Radio 4 “Crossing Continents’ (March 3rd). British magazine New Scientist called for the attempts in Dover to be “challenged” claiming “The education of America’s schoolchildren and the future of American science, depends on it.” (October 1st 2005). Prof Steve Fuller, of the University of Warwick, was an expert witness for the ID side.

Though most coverage of ID in the USA by the British media was negative, The Mail on Sunday ran a very balanced review by Peter Hitchens (August 21st) “Get used to hearing the expression “Intelligent Design’ as an alternative explanation for the origin of the species and man” he wrote, “What we all believe may not be true.” The Guardian published a surprisingly fair interview with Prof Michael Behe, leading ID scientist, on September 12th 2005.

To very little media coverage in the UK, on August 5th 2005, US Office of Special Counsel concluded that Dr Richard Sternberg had been seriously wronged by the Smithsonian Institution and its Natural Museum of Natural History, when efforts were made to sack him or force his resignation, after he published a paper on Intelligent Design in a journal which he edited.

The controversy over evolution also featured on the front pages of National Geographic (“Was Darwin wrong?’ November 2004), Discover (“Testing Darwin: Scientists at Michigan State Prove Evolution Works’ February 2005), Seven Days the magazine of the Sunday Herald, Scotland (“Was Darwin wrong? The new war on evolution’ September 4th 2005) and the New Scientist (“The end of reason: Creationism’s new front in the battle of ideas’ July 9th 2005).

Intelligent Design was also debated in the Christian world. Prof Simon Conway Morris wrote against ID in the Church Times on 25th Feb 2005. He said, “In my opinion, ID is a false, misleading attraction”. Both sides of the argument were published in the monthly newspaper Evangelicals Now and the magazine of the Evangelical Alliance, IDEA.

While significant debate of intelligent design has occurred in the UK over the past year, leading evolutionists continue to deny that any such debate is occurring. Academics and scientists and others with an acute interest in the philosophical implications of neo-Darwinism and its other face, Naturalism, are not watching passively.