Letter to Ken Livingstone- and his answer 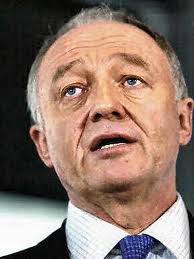 Ken Livingstone-I will make London a beacon of Islam

Dear Mr Livingstone,
On Friday 16th you spoke at Finsbury Park Mosque. In your short speech you said that you were stunned after reading Muhammad?s last sermon. I was also stunned after reading the words of your speech. I understand that it is expedient for a London Mayoral candidate to affirm publically the Muslim community. However, to take it upon yourself to promote the Islamic faith, which is exactly the impression you have conveyed by your statements, is a serious breach of the objectivity in faith matters we expect of those in public office.
You seem to have selected a few statements from Muhammad?s last sermon that appear to uphold values you want to see become a beacon for London. But, are you aware of the fact that Muhammad?s last sermon was directed solely to followers of Islam? This sermon speaks against racial discrimination only among those within the Islamic faith. Do you also realise that it refers to Islam as the only true religion and includes the mandatory implementation of Sharia?
Wittingly or unwittingly you have succeeded in communicating to all knowledgeable Muslims and non-Muslims that you will spend the next four years (if elected) promoting the religion of Islam itself, rather than the few out-of-context words which so impressed you. This is frankly deeply disturbing. I urge you to clarify your position. You could easily affirm the Muslim community without these extravagant and potentially misleading statements.
Colin Dye
Senior Pastor Kensington Temple
This is the answer I received from Ken Livingstone in reply to my letter. It is predictable coming from a politician like Ken. However, what is really concerning and disturbing to us is that he shows naivety in his understanding of Islam and ignorance of its true nature: 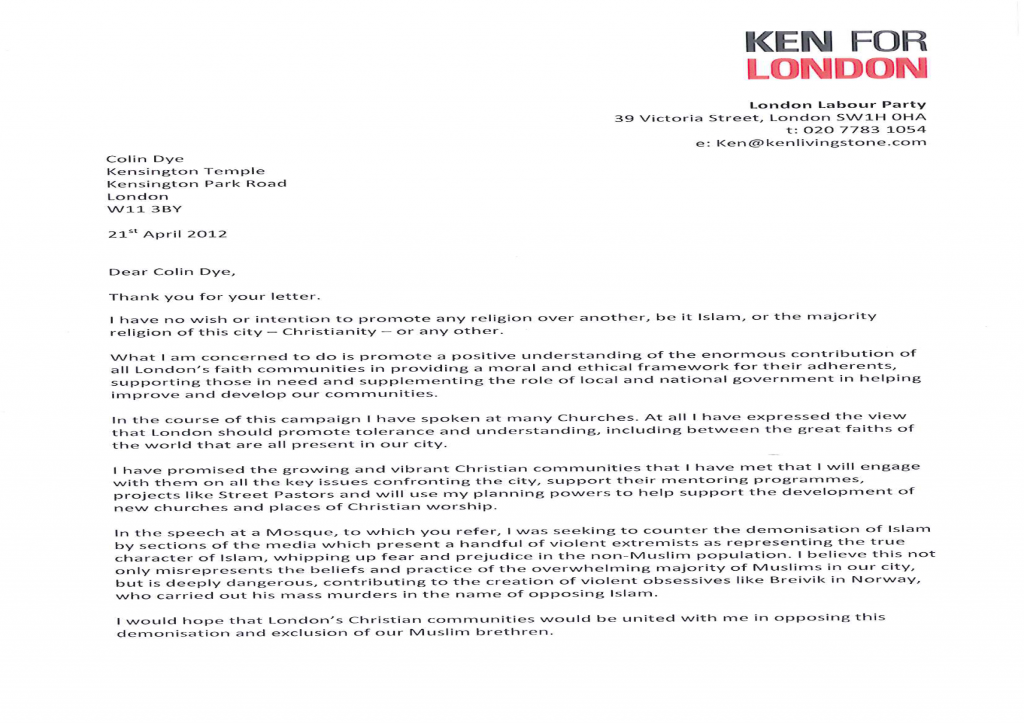 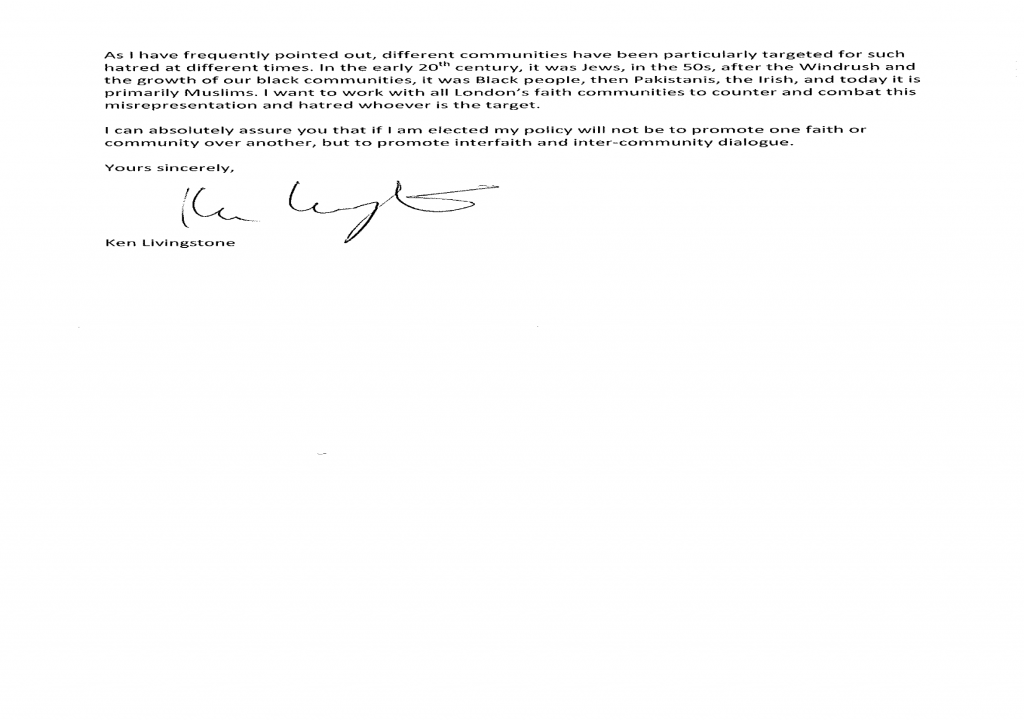