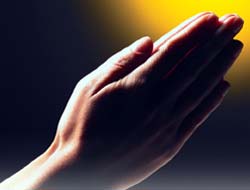 Some people doubt that God is a healer. They ask, “If He’s all-good and all-powerful, why hasn’t he dealt with all the sickness in the world?” They argue that the presence of disease proves that God must be either bad or weak. When people reason like this, they are ignoring the cross.

Because of the cross, you have a wonderful inheritance of healing

God did not create evil, pain, suffering, death, sickness, corruption, pollution and so on. They came into being as a result of the first human sin. God could have made a world where sin and sickness were impossible, but only by making puppets rather than people. In making the first man and woman free to enjoy a wonderful, face-to-face relationship with Him, God had to make them free to reject Him and to follow their own paths. The possibility of sin was the price of their free will. The consequences of sin are the result of the their rejection of God’s perfect will.

Even while God was justly subjecting the world to futility, He was also promising that the Seed would triumph over the Serpent, that Christ would overcome evil, that Jesus would defeat Satan. Which is exactly was happened on the cross! In Christ, on the cross, God did everything to deal with the root of evil – sin- and to deal with the fruit of evil – which includes guilt, death and sickness.

Realising what God accomplished for you on the cross

The fullness of Christ’s accomplishments on the cross

It will take you eternity to discover and experience the fullness of everything that God accomplished for you on-and-through the cross. When Jesus died without sin, Satan had to concede defeat. By His death on the cross, Jesus achieved the critical victory over evil, and over every form and every fruit of evil – including sickness and death. It’s really very simple to understand. On the cross, Jesus died for sin. He paid the price for sin. He suffered all the consequences of sin. He broke the power of sin. He defeated sin. This means that you can be free from sin and free from all the consequences of sin. You can be free from wickedness, free from guilt, free from hell, free from death and free from sickness! An every aspect of your perfect freedom was earnt for you by God-in-Christ on the cross!

In the second chapter of his first letter to the church, he explains that “Christ also suffered for us, leaving us an example, that you should follow His steps’. Peter affirms that Christ “committed not sin, nor was any guile found in His mouth; who when He was reviled, did not revile in return; when He suffered, He did not threaten, but committed Himself to Him who judges righteously’.

He declares that, “Christ Himself bore our sins in His own body on the tree that we, having died to sins, might live for righteousness’. And then the apostle concludes: “…by whose stripes you were healed’. (1 Peter 2:24). Although Peter is writing mainly about forgiveness, it’s clear that this conclusion is as much about healing from sickness as it is about forgiveness from sin. If Jesus dealt with the root of evil, He also dealt with the fruit of evil. If He delivered you from sin on the cross, He also delivered you from sickness and death on the cross.

It’s really true! Christ’s death guarantees your healing. Sickness has been banished because sin has been vanquished. The power of death and disease has been broken, because the devil has been defeated.

The guarantee of every aspect of your salvation

You must not forget, however, that you did not experience all the benefits of the cross fully and completely the moment that you first believed. Christ’s death guarantees every aspect of your salvation for eternity but there is much for God to complete on the last day of resurrection.

For example, no matter how close you live to God in loving obedience, you will not reach absolute perfection and unceasing victory in this life. Satan may have been decisively defeated on the cross, but he has not yet been fully destroyed and finally eliminated. Instead, your increasing holiness is a wonderful foretaste of your certain eternal perfection. And your every experience of victory points to the absolute triumph of the last day.

It’s the same with healing. Because of the cross, you have a wonderful inheritance of healing. But it is essentially incomplete in this life – you know that not everyone is healed of everything and that everyone who is healed eventually dies. However, every healing that you experience is a foretaste of the ultimate release you will experience at the last day of resurrection. And every healing you receive points prophetically forward to the great and wonderful day when “there will be no more pain’.

Every time you turn to “The Lord your healer’, you celebrate the decisive healing breakthrough of the cross. You show that you’re living in the good of this important blessing, and are applying it in your life. But don’t forget that your total healing will not be finally and fully completed until the last day of resurrection. After that, you’ll never need healing again! “He has borne our grief (or sicknesses) and carried our sorrows (or pain)’. (Isaiah 53:4).

First, God gave healing and forgiveness to people before the cross on the basis of what He was going to do for them on the cross. He healed and forgave them on credit!

Second, every part of Jesus’ earthly life was deeply inter-related with His death. His life wasn’t one thing and His death something different. The way that Jesus triumphed over sickness and sin in His earthly life paved the way for His decisive defeat of death and sickness on the cross. Isaiah’s prophecy should make it impossible for you ever to separate healing from Christ’s finished work on the cross. It establishes that, by bearing your sin, Jesus bore your sickness; that, by taking your guilt, He incurred your punishment, and that your total healing came at the cost of His terrible wounds.

It’s true, by His stripes, you were healed!