How you can help Pastor Youcef Nadarkhani, sentenced to death in Iran for his Faith 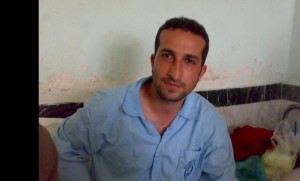 Youcef Nadarkhani was arrested in 2009 soon after questioning the Muslim monopoly of ?religious instruction for children in Iran, which he felt was unconstitutional. ?He was charged, tried, found guilty of apostasy and sentenced to death. ?He?s been in prison ever since and has been under pressure to renounce his faith in order to have the charges annulled and the death sentence lifted. ?Within the last month we received unconfirmed reports that his execution order had been signed.
Will the Iranian authorities respond to the international appeal? I think that is harder to discern than we might imagine. The decision is ultimately up to humans with consciences and compunction.
As I pray for Youcef Nadarkhani and his family, I also pray for the Iranian authorities and the Iranian people. The consequences of failing this test could be terrible, and the Iranian people would be the first to bear them. We tend to forget that the most powerful rulers are still human beings, with consciences that squirm in anguish and flee in fear before these momentous choices. The burden of spiritual condemnation is an awful thing; Pastor Nadarkhani knows a peace and safety from judgment that his would-be executioners do not. Whatever may happen between now and when this column posts?Youcef Nadarkhani could be executed at any time.
What can we do?
Join CSW?s month of prayer for Pastor Nadarkhani!
On 12 April, Pastor Yousef Nadarkhani turns 35.? But instead of planning birthday celebrations with friends and family, he remains imprisoned in Iran, living with the threat of an execution that could happen at any time.
That?s why CSW is launching a month of prayer and action for him in the run-up to his birthday.
In autumn 2011, CSW?s advocacy and campaigning triggered a wave of global action on behalf of Pastor Nadarkhani.? They mobilised 60,000 activists on his behalf. Their lobbying efforts stimulated statements from international politicians and widespread media coverage.
>> Will you get involved in the month of prayer for Pastor Nadarkhani?
Show your support ? join the month of prayer!?
In Acts 12, we read of Peter?s miraculous release from prison while the Church was earnestly praying for him. We have a vital role to play by standing in solidarity with Pastor Nadarkhani and praying a lifting of the death sentence, and for his unconditional release .
It?s really easy to get involved:?