A Radical Pentecost-Looking at our Pentecostal Roots

Charles Parham - recognised by many as the father of the Pentecostal movement during this century.

On the very first official day of the 20th Century, January 1st 1901, a woman named Agnes Ozman was baptised in the Spirit and spoke in tongues. She was a student at Charles Parham’s Bible School in Topeka, Kansas. They had met together to study what the New Testament taught about the coming of the Holy Spirit. They asked the question, `What happens when the Spirit comes?’ They soon found out!

The modern Pentecostal movement began in the Azusa Street revival that took place in Los Angeles from 1906-1909. The Azusa Street Papers published from 1906-1908 record this revival in detail. Issue One began with the banner headline `Pentecost has come!’ It was essentially a claim: “This is that!” Acts 2 had come back to the church.

The most powerful religious move in history 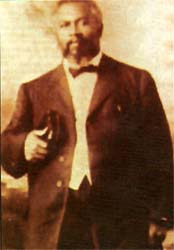 However, along with the growing acceptability Pentecostals have enjoyed there has come a desire to play down the more controversial elements of Pentecostalism. Pentecostals are in danger of becoming bland and losing their cutting edge. Perhaps our success has brought complacency.

Originally, Pentecostals were very different. Their distinctive emphasis on the doctrine of the Baptism in the Holy Spirit accompanied by speaking in tongues was unique. It was also a much-persecuted position. There is a danger today of playing down this emphasis. There can be no substitute for the New Testament experience of the Spirit with the manifestation of tongues.

We must also not down play the other gifts of the Spirit given as tools for the work of God. Signs and wonders played a major part in the Pentecostal outpouring in the 20th century and the 21st century will need its own dynamic proof that Jesus is alive.

As we enter the 21st century we should be looking forward, rather than backward. But to prepare for this, we must first return to the fervour of primitive, pioneer Pentecostalism. There is a need to rediscover the real power of Pentecost and its God-given purpose.

We must seek God for a restoration of a full-blooded and radical Pentecostalism. This will include a revival of all the gifts of the Spirit both within our churches and out in the market place. Pentecostal evangelism must never be separated from the signs, wonders and miracles that the New Testament declares confirm the gospel of Christ.

We must press for this form of Pentecostalism here in Britain and Europe. The significant growth of some radical Pentecostal churches in Europe shows that robust Pentecostalism is effective not only in the so-called developing world. The early Pentecostals pioneered missions, women’s ministry, modern music and worship forms, the use of radio (and later on) television for the gospel and much ministry to the poor and down-trodden. We must recover all these things. They are part of our precious heritage.

Especially, we must recover the revivalism of early Pentecostalism. We must re-dig the ancient wells of radical evangelism and healing. We need more modern day testimonies of the kind of miracles associated with George and Stephen Jeffreys and Smith Wigglesworth. This will involve a return to holiness, prayer and seeking God in desperation over our backslidden state. Only then will we be equipped to enter the 21st century as flames of fire.