Discerning The New Age, Explaining its influences in our society 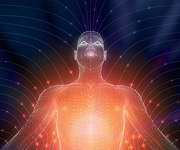 New Age manifests itself in Great Britain and in the rest of the world at many levels. It affects communities, culture, religion, fashion, science, medicine, business and politics. In this article I attempt to explain some basic beliefs of the New Age so that we can discern its influences in our society.

Every year the Festival of Body, Mind and Spirit in Earls Court, London, attracts over 100,000 people. In the beginning of the 1980s there was a significant rise in belief in astrology in Britain. According to Gallup, 59% of school children believed in astrology in 1984, compared with only 40% in 1978. Today, one in seven people in Britain consult one of the 60,000 alternative therapists in the UK. Despite this, the majority of British people have only a vague understanding that the New Age movement has something to do with eastern mysticism and a quasi-religious search for truth. For many, it conjures up visions of hippies, gurus, noxious substances, meditation, vegans and anti-nuclear protestors. Others see it as a catalyst for various forms of social action, protection for the environment, better health, social harmony and the general development of the human potential. New Age has extensively entered the mainstream of British life, embracing green consumerism and organic foods as well as yoga and astrology.

Is there a New Age movement?

New Age is not a sect or a cult per se. There is no organisation to join, no creed to profess, or lifestyle to adopt. Rather, it is a mixture of spiritual, social and political ideas influencing sociology, theology, the physical sciences, medicine, anthropology, history, the human potential movement, sports and science fiction. Fluctuating with the climate of the times, its effects can be seen in the social and political complexions of much of Western Europe and the United States. Much New Age vocabulary has already entered the mainstream. But what is often ignored is that New Age is in fact an old way of thinking. It is as old as the eastern religions of Hinduism and Buddhism, western occultism, and the mystical oracles of ancient Greece and Egypt. Although new in style, New Age is in fact the recasting of the theory of re-incarnation into the language of western humanistic psychology, science and technology.

Your truth and my truth

New Agers claim that there is no objective or absolute truth. In philosophy, this way of thinking is known as relativism. One New Ager recently told me: “There’s only your truth and my truth. If Jesus flicks your switch that’s ok, but leave me to my spirit guides”. In New Age, truth becomes whatever you want it to be. Nothing could be further from Jesus’ statement: “I am the way, the truth, and the life: no man comes to the Father but by me.” (John 14:6)

Are we all gods?

New Age embraces mysticism. It emphasises experience and intuition rather than beliefs or doctrines. The goal of mysticism is union with the divine. New Age mysticism believes that the divine is found in humanity. “You are god” is a familiar New Age phrase. The New Age worldview is that of monism – the belief that all is one and everything that exists is part of the same reality. New Agers believe that all is god and god is all. In New Age thought creation and God are one. Contrasting this, the Bible presents us with a God who is the Creator. He created the universe “out of nothing”. God is infinitely exalted above and separate from His creation, although He is ever present within it.

May the force be with you?

God is often related to as an unseen impersonal force that is part of all things. The idea of “the Force” in Star Wars comes straight out of New Age thinking. However, the God of the Bible is so personal that He fully expresses Himself to us in Jesus Christ who is both fully God and fully man. Some New Agers have abused the latest scientific theories of the quantum physicists and tried to blur the distinction between created matter and spiritual forces. This is done in order to make the New Age theories appear more scientific so that they can be sold in the name of science and that the Eastern and pagan origins of New Age thinking would be concealed.

What is man’s problem?

New Agers state that the basic human problem is that man does not recognise his own divinity. According to them, man is separated from god, but not because of his sins. Rather, he is separated from god through false consciousness, being a victim of his own false sense of separate identity. The goal for man according to New Age is self-realisation – to experience “oneness with God”. Many techniques are used by New Agers to achieve this harmonious state of being – meditation, yoga, flotation tanks, hypnosis, chanting and channelling of the “god force” through crystals, New Age faith healing and so on. But the Bible clearly states that the problem with mankind is sin and its subsequent judgement brings separation from God. All have sinned and fallen short of the glory of God but through faith in Jesus’ sacrifice for sin, we can find true peace with God and thus with ourselves.

The New Age and the occult

There is a virtual occult free-for-all amongst New Agers. Every possible doorway to spiritual power and experience is explored. Divination, psychic phenomena, magic and sorcery are all seen as legitimate means of experiencing the one underlying spiritual force in the universe. The Bible, of course, warns about the spiritual beings and powers that are demonic and evil. It calls us to seek the power of God on the earth that is personal, good and separate from creation – the Holy Spirit. God offers us much more than the empty and false promises of New Age, about the impersonal union with “god” and the universe. He wants us to experience a personal and intimate fellowship with the Holy Spirit, His Spirit. This is an experience of spiritual intimacy and fellowship that is far deeper and richer than any of the New Age “thinkers” could even dream about.