David Cameron jokes about the death of a 'devil':Muammar Gaddafi 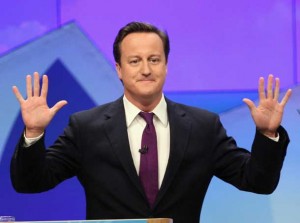 David?Cameron?has made?further mention of Gaddafi’s?death last night as he spoke to prominent members of the Sikh and Hindu communities at a reception for Diwali inside 10 Downing Street. He said: “Obviously Diwali being the festival of a triumph of good over evil, and also celebrating the death of a devil, perhaps there’s a little resonance in what I’m saying tonight.?
Today, even though many unbelieving western people may reject the idea of a ?devil?, they still often identify a particular event or person as being ?evil? or as being influenced by ?evil?.
Terrible events like 9/11, or the London bombings of 7/7, the mass murder caused by the Gaddafi regime in Libya or the Saddam Hussein regime in Iraq cause even the most hardened unbeliever to recognize that a great force of evil must somehow exist.
It does. And the Bible calls the leader of this force ?Satan? or ?the devil?.
Whenever unbelievers try to explain how people like Hitler, Staline, Pol Pot- to cite a few – can possibly have acted as they have, they almost always have to fall back on the world ?evil?. 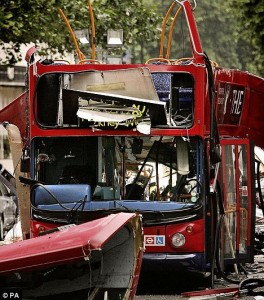 How can we possibly explain that men would do such a thing? London bombings 7/7 Tavistock Square, London

It is as though, deep in their innermost beings, they know that the participants in these events must have been influenced by a malignant, destructive force of evil- by something which is outside and apart from humanity, but which seeks to rule the world and to ravage its inhabitants.
Even though most people recognize that a force of evil can influence others, they find it hard to admit that it may affect them. The truth, however, is that every man, woman and child in the world experience temptation. But only a few go on to realize that this has to point to the existence of a tempter. Every human being feels a pressure to do what they know to be wrong or not to do what they know to be right. There is nothing that you can do, nowhere you can go, to escape from the tempting evil pressure to do wrong.
How about us believers? Deep down, we really want to do God?s will, to speak God?s words, to do God?s deeds, to bring great glory to His wonderful name. But at times it all seems so terribly hard. Sometimes when you start moving in God?s will, it?s as though you?re walking in treacle, with lead weights on your shoes and a gag in your mouth.
Why is this? It?s simple. It?s because there?s a great force of evil which is trying to stop you praying, to snatch your joy, to silence your witness, and to side-track you from God?s purposes.
As a believer, you cannot be ignorant of the devil?s schemes. If more of us knew the real truth about Satan, he would surely be more hated, more resisted and more defeated.
So strip away the mask of Satan so that you can see him as he is, so that you can understand his strategies, hate him with God?s righteous passion, resist him in Jesus?s precious name, and overcome him in your life and family!

Click here to read more about this topic in my book, 'Satan Unmasked'