The Blood of Jesus and its Unlimited Blessing

When you think about the Jewish blood sacrifices, do they suggest death and destruction to you? Do you imagine that people offered these sacrifices just to earn God?s forgiveness and favour?
If this were true, what would it say about the cross? That it was a place of hopeless death and decay? And that Christ was trying to persuade a reluctant God to forgive humanity?
No! Sacrificial blood speaks of life because it brings life; and the Old Testament blood sacrifices were God?s personal blessing to His people. 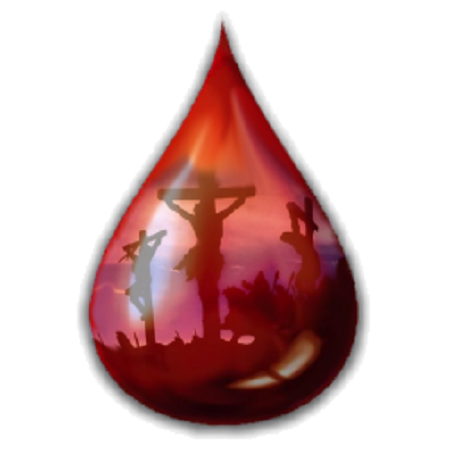 The Blood of Jesus and its Unlimited Blessing

Sacrifice began with God not with men and women, for it was God who shed the first blood, God who made the first sacrifice, God who endured the first grief of loss. And He did these things to bless a pair of sinners with lasting hope.
Can you imagine what it must have been like in Eden? The garden was perfect: there was no evil, no wickedness, no deceit, no sickness, no sin. The first humans were completely pure, and they lived in a wonderful, intimate relationship with God.
One day, however, Adam and Eve succumbed to the devil?s temptations and disobeyed God. They sinned ? and tasted sin?s bitter consequences of shame, guilt and fear. In despair, they covered themselves with leaves and tried to hide from God.
In His justice, God cursed humanity and expelled the pair from Eden. But, in His grace, he offered them tunics as a covering for sin and a uniform for a new task ? the fruit of the first blood sacrifice.
For Adam and his wife, the Lord God made tunics of skin and clothed them.
Genesis 3:21
Some perfect animals must have died to provide this covering of grace. And it must have been God who slew, then skinned, the precious, perfect creatures that He?d only just made and blessed.
This gift of blood-stained clothes is our first sighting of the crimson thread which leads to Calvary, our first insight into men and women being covered by the blood and clothed for service.
Can you see, dear friend, how this blessing establishes the pattern of the blood and the cross?
? those who benefited from the blood were completely undeserving ? so are you!
? those who suffered were perfect and blameless ? so is He!
? the price was high, for both the giver and the gift ? and at Calvary!
? grace, love and mercy motivated the sacrifice ? so too the cross!
? the pair had the freedom to accept or reject the fruit of the blood ? and so have you!
? the gift not only dealt with their sin, it also equipped them to serve God in a new way ? It?s the same for you!

According to the Bible, Cain and Abel both presented gifts to God, but God looked favourably only on Abel?s sacrifice.
Have you ever wondered why God preferred Abel?s gift? It was because Cain gave God only some produce of the soil, whereas Abel sacrificed the valuable first-born of his flock.
By faith Abel offered to God a more excellent sacrifice than Cain, through which he obtained witness that he was righteous.
Hebrews 11:4
God didn?t need what Cain and Abel were offering Him in thanksgiving; but He deserved the best, and Abel?s was the more valuable gift.
God was so delighted with Abel?s faith-filled blood sacrifice, that He declared him righteous. Whenever we notice the crimson thread in the Scriptures, we see God rewarding human faith with similar promises of righteousness and blessing.
It was the same for Noah. After the flood had subsided, he offered God a sacrifice in thanks for his safe deliverance. God was so pleased with Noah?s obedient sacrifice that He rewarded him and his sons with the promise of blessing.
God blessed Noah and his sons, and said to them: ?Be fruitful and multiply; and fill the earth?.
Genesis 9:1
Can you guess how God will respond to Christ?s sacrifice on the cross? Will it be with a tight-lipped smile? Or with extravagant promises of blessing for all who are joined to Him by faith?