France is next in line to legalize same-sex marriage, according to a disputed bill pushed by President Francois Hollande on Wednesday, which would defy opposition from the country’s Roman Catholic and conservative leadership. 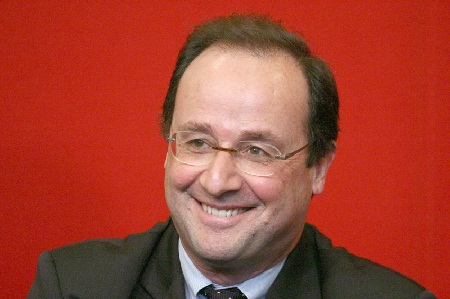 Currently, less than a dozen countries in the world have legalized gay marriage, although most of them are in Europe. Denmark, Norway, Sweden, Spain, Portugal, Netherlands, Iceland and Belgium have all moved away from the traditional definition of marriage between one man and one woman, and with Hollande’s bill, France is set to join them early next year.
Read more

What is my view on this?

Or rather, what does the Bible say? Let’s take a look at recent history first. The sexual revolution of the sixties and seventies has paved the way for the lifting of censorship restrictions at a number of levels. Sex education in schools is but one example. But what has all this sexual ?liberation? and so-called ?freedom? meant in practice? In the twenty-first century we are now reaping the fruits of that of our past carelessness. The institution of marriage itself is under threat; the ?normal? family unit is under threat; it is common for people to indulge in ?alternative? lifestyles.
The Roman Catholic church taught that marriage was a sacrament, a view also adopted by the Anglican church at a certain point. This sounds good initially, because of the inference that marriage is sacred ? and of course it is a sacred institution. But I have a feeling that the motivation behind such teaching was not so much to protect the sanctity of marriage, but to try to shield Christian marriage from the common sensual, pleasurable approach to human relationships that was prevalent in society at the time. Such teaching tried to suggest that marriage was such a holy thing that the physical aspect of it was irrelevant, other than for producing children.
The covenant of marriage is first mentioned in Genesis 2:24: ?Therefore a man shall leave his father and mother and be joined to his wife, and they shall become one flesh.? This original covenant of companionship was given by God in the context of the great creation mandate to fill the earth and to subdue it; to multiply and have dominion. It was a covenant of complete companionship at every level, including the physical, sexual level. But it cannot be compared with the covenant of companionship that one can enjoy with a person of the same sex ? that companionship operates on an entirely different level.
The marriage covenant necessarily entails two people of the opposite sex being ?joined together? and becoming ?one flesh? in the context of sexual intimacy ? which God has only ever sanctioned and blessed within the confines of marriage. No other relationship can be a substitute for that.